Dallastown’s Band program has discarded the requirement for marching band. 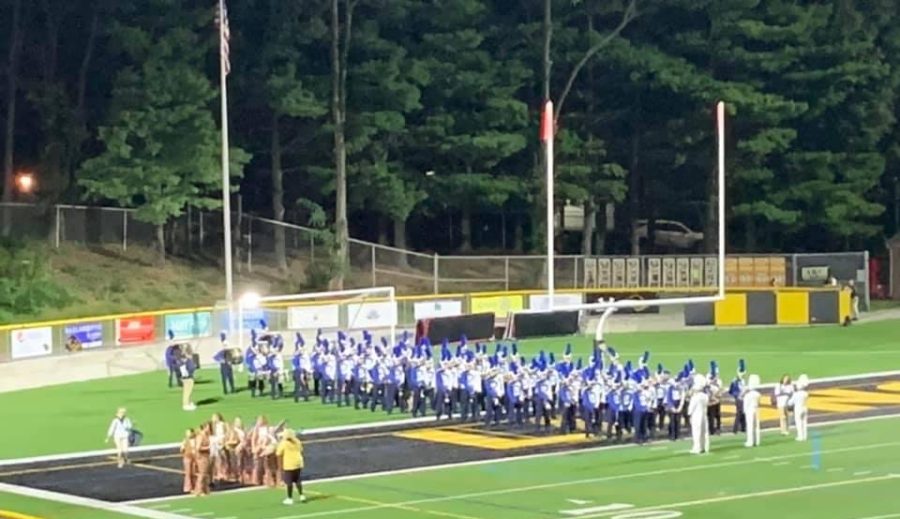 Dallastown's Marching band is getting ready to march under the Friday night lights.

With band camp, football games, and parades marching band at Dallastown can be a blast.

But it’s not for everyone.

For years if a Dallastown student wished to join a concert band, that student also had to participate in the marching band, but starting next season this will change.

“When it comes to a reason for doing something I’ve never been a fan of ‘ well it’s always been done that way’,” Band director Mr. Buer said.

Because of these conflicts, many students had to miss rehearsal for sports practice or other activities.Now students can choose if they want to participate in marching band.

“I think there’s going to be a lot less of a problem with kids missing rehearsal,” Kenney predicted.

Marching band is a large commitment of time and energy. Some students don’t have the time to participate, while other students simply just don’t vibe with the marching band.

“Friday Night Lights are not everyone’s cup of tea, and I can appreciate that.  That atmosphere and the after school commitment is not what everyone who plays an instrument wants to do,” Buer explains.

Buer doesn’t believe in forcing students to participate in a program if they are involved in a similar program.

Marching band has been connected to concert band as long as people can remember. So the change seems odd to some people.

“I was kinda upset at first because that’s how it’s been for so long, it was weird to change,” Kenney explained.

Although there were also many people who had been waiting for this change.

“Ultimately with input from parents, students, administration, and the Marching Band staff we decided it was the right time to make this decision,” Buer said.

If there wasn’t logical reasoning behind the decision Buer wouldn’t have encouraged the conversation.

“I don’t believe in change for the sake of change. Nevertheless, the decision seemed pretty straightforward,” Buer explained.

Will this change damage the size of Dallastown’s marching band though?

“ I will admit I was a bit nervous when sending out the ‘sign-ups’ for this year’s marching band,” Buer admitted.

The results of this change were even better than the band could have expected.

“After I heard that so many more people are signing up for it because it is optional. I think that’s more beneficial to the band,” Kenney claimed.

The band ended up having 20 new players sign up for the coming season.

“In the end though we are a larger group than last year!” Buer exclaimed.

Overall, this decision was highly beneficial to the band, and could possibly go down in Dallastown history.