DAHS Student Council has spent countless hours planning for the annual homecoming dance, and the time to show it off has finally arrived. 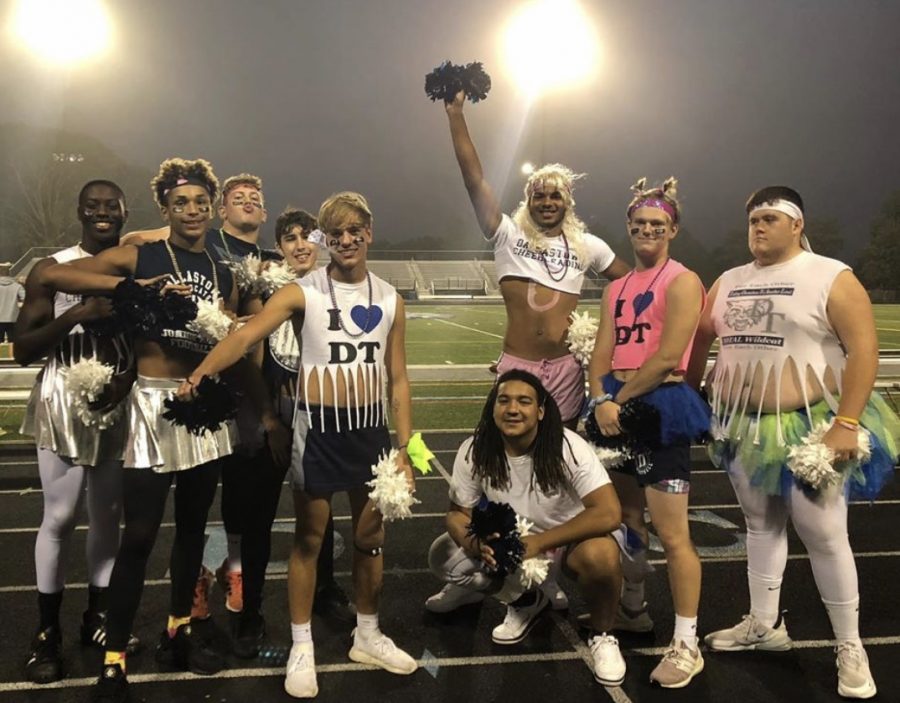 One of the favorite attractions of the annual Powder Puff game is on the sidelines. Senior football players dressed up as cheerleaders to support the players and to entertain the crowd.

While walking through the halls of Dallastown High School or listening to the announcements, the most discussed topic this week has been the annual homecoming dance. Whether its girls talking about their dresses, a homecoming proposal in the cafeteria, or the long lines at ticket sales, everyone has heard about one of the most popular events of the school year, and Student Council is working hard to make it happen.

The homecoming dance will be on Oct. 12 from 7 p.m. to 10 p.m. at Dallastown High School. The theme chosen for this year is The Great Gatsby, which portrays the roaring 1920s.

Along with the spectacular dance itself, the DAHS Student Council has planned a spirit week, organized the annual Powder Puff game, and created the posters for the homecoming court.

On Thursday, Oct. 3, the annual Powder Puff officially began Dallastown’s homecoming festivities. The game started at 7 p.m. and was at the stadium. Admission was $3 and proceeds went to Volunteer Club’s Support the Troops Campaign. The upperclassmen girls defeated the underclassmen 24-6, and the boys put on a fantastic show during half time for the crowd.

Spirit Week started on Monday, Oct. 7 with a White-out theme. The rest of the week includes Jersey/College Attire, Hawaiian/Beach Day, America Day, and ends with Flannel/Country Attire, which coordinates with the Student Section theme at Friday night’s game against Spring Grove.

As for homecoming court, the lists for king and queen were released on Sept. 13 and since then, the Student Council Court committee has made the posters to show who all is in the running. The nominees were chosen by the senior class, but the whole school takes part in the final decision. Voting for king and queen will take place on Wednesday, Oct. 9 during first period.

“This year, we tried really hard to have the posters match the theme. We had the court members wear things like hats and boas for their picture, and then we put them in black and white and decorated the posters to look like they were from the 1920s,” says junior Elizabeth Rodski.

Student Council will work on decorating the front lobby, gym, and hallways on the Friday evening and Saturday morning before homecoming. Although Student Council prefers to not reveal too much, they did say that they will be teaming up with the company Real Décor to make the decorations as exceptional as they have been in the years past.