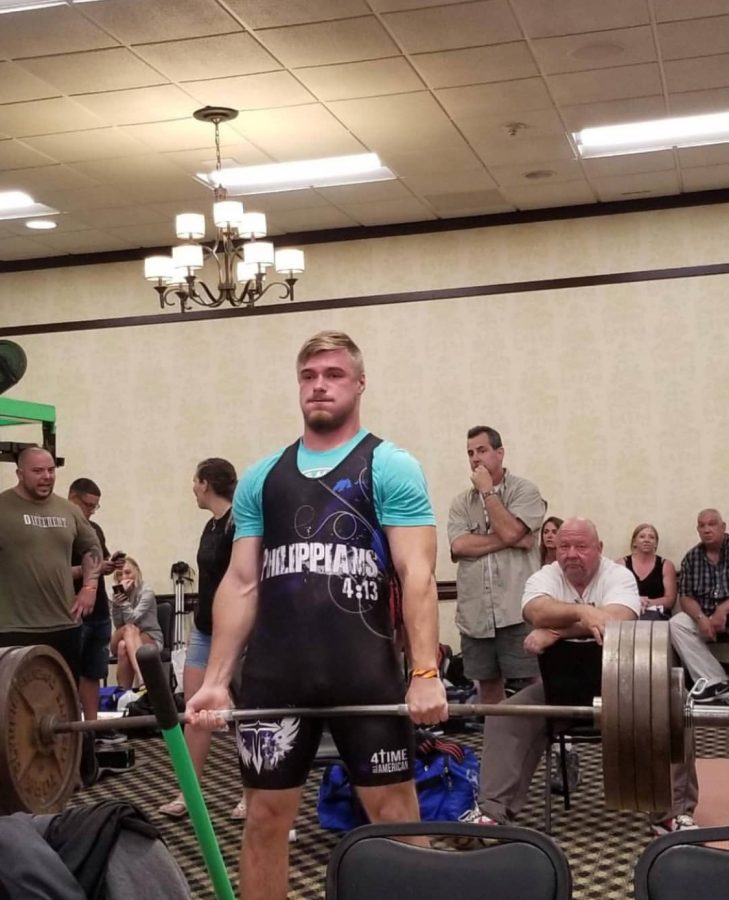 Has Noah Strine proven himself to be the strongest kid to ever walk the halls in Dallastown?

Although there may be no way to prove it, Strine is now a world record holder.

Strine benched  335 pounds to secure a world record and multiple state records in other competitions.

“It’s insane. I’ve never seen a kid in high school who has that much strength. I think we’ll see him continue to get a lot stronger,” senior John Ligon said.

Strine knew he had a future in powerlifting when he realized he could crush the record.

“Honestly it was the whole reason I signed up for the competition. I knew I could beat it (the record)” said Strine.

Powerlifting isn’t the only sport Strine does. He is a starting linebacker on the varsity football team, and also does track and field in the spring. Yet, he still finds time to train five to six times a week during his practices for other sports.

“I have a lot of fun powerlifting, and if I could make a successful future in the sport, I would love that” Strine said.

Strine understood he was bigger than a lot of other kids while growing through middle school which gave him the idea to lift weights.

“I always knew that I was bigger than the normal kid but I decided to build my strength when I was in 8th or 9th grade.”

Strine said if plans to choose powerlifting as a career, he would need to switch up his diet. Dieting would allow him to build muscle while staying healthy at a much faster rate.

“The point that he’s not even dieting and he’s still this big and strong it’s crazy and it’s awesome to see that he can get much stronger,”senior Jarrett Feeney said.

Strine has already proven he’s one of the strongest kids in the world at his weight and age, so what’s next? Probably more world records for the 17 year-old high school student.