What Ever Happened to The Green Club?

Dallastown has many diverse and long lasting clubs, but one environmental-based club disappeared after just six years. 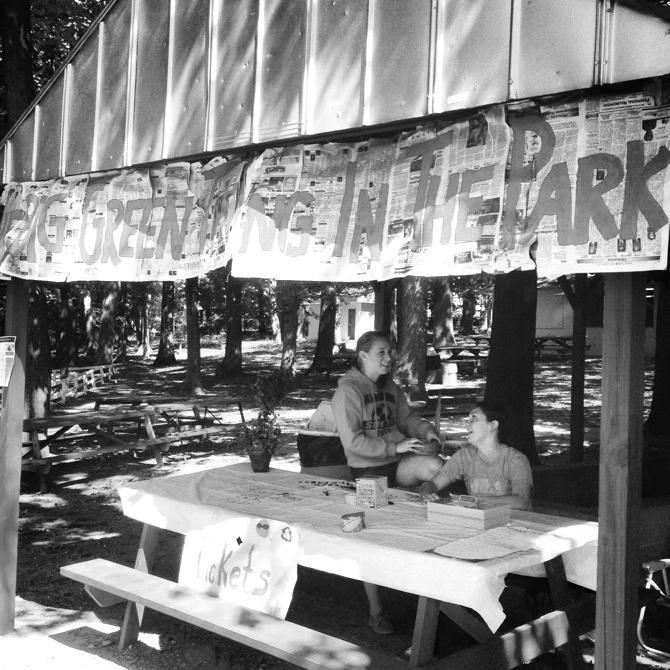 In 2013 the club held an event called "The Big Green Thing in the Park" that helped raise awareness for the Honors Art Society and The Green Club. The event included many activities and combined information about the environment and artwork.

Dallastown has over 30 student-created clubs. Because students can create their own clubs based upon their interests, the club list can change over time.

In the past, DHS has had everything from STEM to PAWS (Pets Are Worth Saving) and everything in between.

In the 2012-13 school year, then senior Mary Hess and her good friend Jean Kwon had the idea to create an environmental club – The Green Club.

The idea came about during the typical culminating project every senior did.

“We came up with the idea as inspiration for our culminating project that each senior does but we also thought – how cool would it be to start something that actually would help the school?” Hess said.

The club picked up participation quickly and Hess and Kwon recruited their friends.

“I think people wanted to participate in something that promised good,” Hess said.

In an interview Hess said, “we started with establishing a more consistent and prevalent recycling system in each classroom and secured / created more specific recycling bins and signage to help inform people where to recycle each item. We even got cleared to move forward with recycling ink cartridges and electronics around Dallastown.”

Throughout the few years the club was at Dallastown many events were held in the local parks. The club’s former advisor, biology teacher Mrs. Lloyd, helped organize a tree planting event on Arbor Drive and shared that it was her most memorable activity from the club.

After Hess and Kwon graduated the club stuck around for a few extra years.

“We were lucky because we both had younger siblings that already had involvement in the club, so we knew they would continue advocating for better accountability and sustainable practices at the school,” Hess said.

However, in 2019 the club came to an end due to a lack of participation. After the graduation of several key club members, membership diminished until there just weren’t enough to keep it going.

When asked about her thoughts on how we as a society are with recycling and keeping our environment clean today, Lloyd said “a lot of the companies aren’t taking what we were able to formally recycle and with COVID many things were being packaged for food delivery.”

If a current Dallastown student is interested in starting another Green Club Lloyd is available for advice but doesn’t think she would be interested in being the advisor again due to the time commitment.

Hess, who now lives and works in Arizona, said, “I hope one day another ambitious group of students takes that initiative again. With climate change reaching a nearly irreversible stage, I’m confident that people care more than ever.”