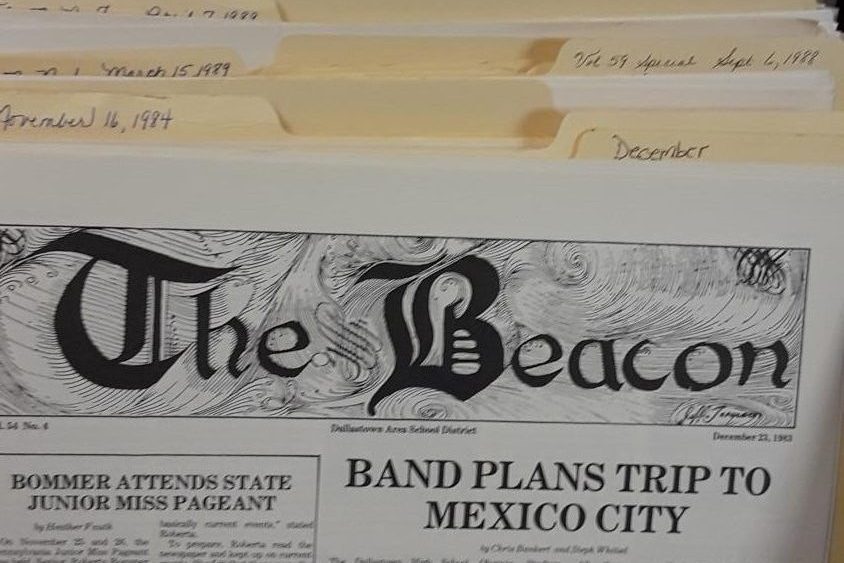 The Beacon Archives in Ms. Gable’s room have issues from almost every year since 1929 (Shelby Hallett)

The Beacon Archives in Ms. Gable’s room have issues from almost every year since 1929

A History of the Beacon

Dive into The Beacon Archives with us to learn a little more about the Dallastown Area High School student newspaper.

For many years, The Beacon, Dallastown’s student newspaper was strictly a printed publication that began in Dec. 1929, but it has since become much more.

While many of our articles are online, some continue to be printed in special papers like the Homecoming Issue and the annual Senior Issue, and most of our older articles are stored in The Beacon Archives.

Room 312A, the small storage room branching off of Ms. Gable’s classroom contains almost every issue of The Beacon since 1929 and continues to be a valuable resource for the staff and anyone seeking information about the history of Dallastown.

For many years, when The Beacon was an exclusively print newspaper, the back page had the heading Of the Month, and reported on trends, celebrity look-alikes in the school, a couple of the month, and other fun segments.

Fun fact: the couple of the moth segment ended because couples were breaking up within weeks of appearing in the paper. Students became superstitious, saying that the monthly column was cursed. However, there are a few couples who lasted longer, which you can read about in “Love At First News Site.”

Another Beacon tradition that continues today, is the annual Senior Issue; however, even this tradition has gone through several changes since 1929.

The first few issues of the Senior edition from 1929 until the first publication of The Spectator in 1946 basically took the place of a yearbook. It featured head shots of seniors and a “Last Will and Testament” section.

The Class Will was a way for students to leave a legacy, even if all they were leaving was a seat in the cafeteria. This segment ended in the 80s, but the printed Senior Issue will still be coming out before the end of this school year with plenty of nostalgic throwbacks for the Class of 2020.

Another tradition that the Beacon has is highlighting school dances.  For many years The Beacon published a separate printed Homecoming issue. More recently, stories about both Homecoming and Prom appear in The Beacon at least once a year.

Common themes in stories about school dances include the Homecoming Court and fashion.  Last year’s prom, for example, was covered in “Live From the Blue Carpet,” which includes a fashion photo gallery  of 40 pictures.

What Were We Thinking?

This year, while researching for an article about the 1999-2001 Renovations to the DHS, Beacon intern Josh Thaler found some very odd issues of the Beacon.  Some issues were missing photos, some stories were fictional, and some topics were just a little bizarre. Thaler went back into the archives to look for more strange decisions made by former Beacon Staff members, including some unique color choices.  The slideshow below shows his findings. 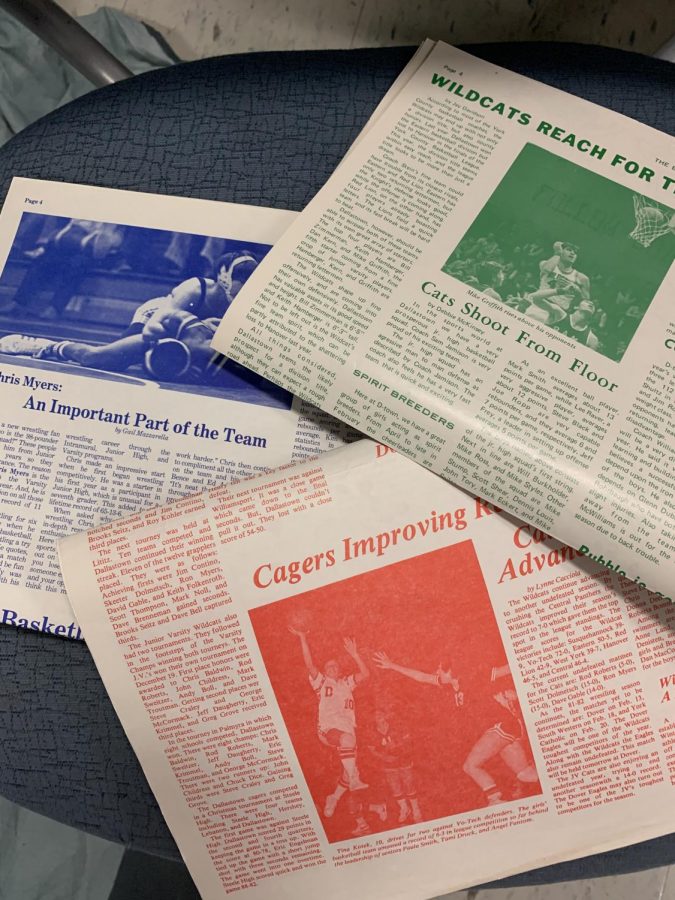 Gallery|5 Photos
In the 1970s and 80s, The Beacon experimented with their version of "color" issues. With both font and photos in themed colors, issues were difficult to look at let alone read. 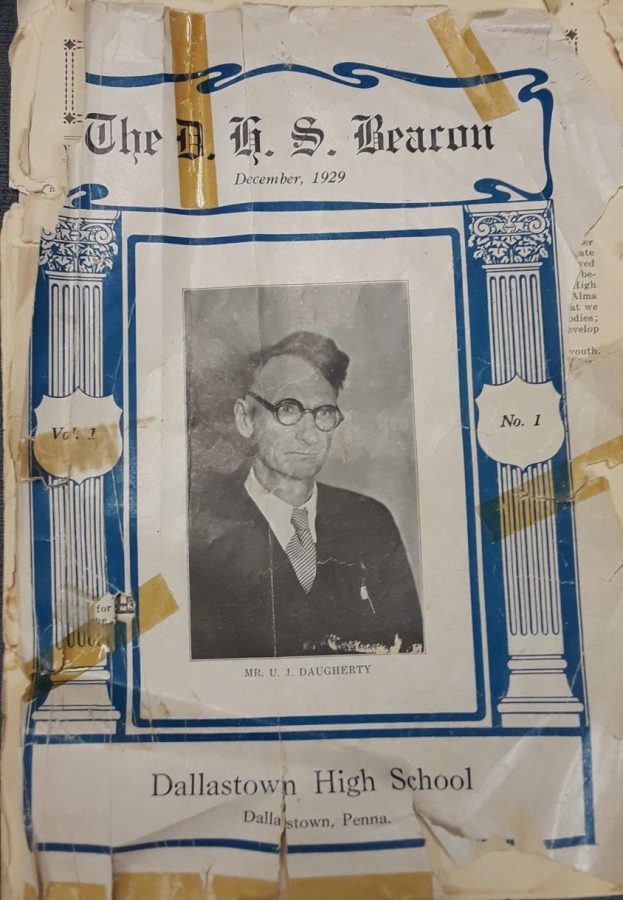 The very first issue of the beacon was published in 1929 and featured an image of Principal Daugherty on the front cover.

Dallastown teachers Mrs. Clara M. Lentz and Mr. Harry W. Shenk are listed as the very first Beacon Staff Advisors.  While the publication proudly considers itself  “a student lead publication since 1929,”  the faculty who made it possible are still important parts of the process.

Another noteworthy Staff Advisor is retired English teacher Mrs. Sandy Moyer, formerly Ms. Pacholok. Moyer is estimated to be the longest running advisor after her 15 years in the position ended in 1999 when she resigned. She continued at Dallastown as the head of the English Department until her retirement.

“Compared to the technology-driven paper of today’s student publication, The Beacon, I knew had a turnaround time of at least two weeks and it was manually compiled and designed by the staff,” explained Moyer.

“The student journalists would first submit their completed stories double-spaced on 8 x 10 ½ paper. I would proofread the texts and send the documents to a printing shop in York City whose staff would typeset our stories into column form.  If we were on schedule, the stories were returned to us within the work week. The stories were typeset onto paper whose reverse side was coated in wax. Once we had cut the typeset stories into column width, we were able to “stick” the waxed stories onto large “proof sheets” that were the identical size of a Beacon page. Talk about time consuming!”

The experience of a Beacon staff member in 2020 is certainly very different from what Moyer’s students went through.

While the turn around is still loosely meant to be two weeks, many shorter articles are published in half the time while longer projects may take twice as long.  Thanks to the website Dallastown students have more time and freedom.

While reflecting on her time with The Beacon, Moyer commented, “My favorite memories involve, of course, the students with whom I was privileged to work.  Those long hours formed some very strong friendships.  Some of my staff members went on to careers in journalism (Randy Parker of the York Daily Record), and many simply enjoyed the experience for what it was:  an opportunity to be a positive part of the Dallastown school community, to make lasting friendships, and to work together toward a common goal.”

The current Beacon adviser is English teacher Miss Angie Gable.  She has helped to usher The Beacon into the digital age and could beat Moyer’s 15 years at the end of next school year.

“One of the best things has been watching the evolution of The Beacon.  Starting social media accounts and the website has allowed us to cover breaking news and to print articles in a much more timely fashion.  I think this new hybrid form of journalism is better preparing students for what they may see after high school in journalism related careers.  It’s not all about writing an article anymore.  Although that’s the basis, a reporter has to be multi-faceted and able to work in a variety of platforms,” Gable said.

Even through all these changes, Gable continues to work in the best interest of the students and maintain the original goals of Dallastown’s student paper.

“At its core, The Beacon is still what it was when it started in 1929.  It’s a way to shine a light on the accomplishments and the issues that are important to the students of Dallastown.  We just do it a little differently today. “

Today, students who write for The Beacon start by taking an Introduction to Journalism class and later get more involved through the Print and Digital Journalism course.  Before these classes existed, however, students joined a Beacon Club and often worked after school.

These dedicated students have kept The Beacon going for nearly 100 years, leaving plenty of time for editors and reporters to come and go.

Although not all members of The Beacon staff continue on to a career in journalism, most have found that the skills they gained while working on the publication have come in handy in their chosen fields.

Some more noteworthy Beacon alumi include Kim Jones, reporter for the NFL Network; Randy Parker, Editor of The York Daily Record; and even 2017 grad Ben Ferree who is currently writing for the Penn State Collegian.

A few of staff members provided their opinions about the time they spent with The Beacon. 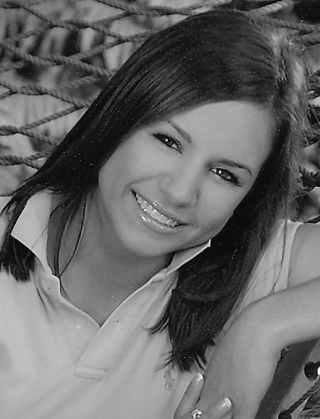 “I loved working on The Beacon.  Because of it, I had so much experience already under my belt when I began writing for my university’s student-run paper.  It was really rewarding to work on and publish issues together as a staff.  My favorite part was probably mastering the software (we used Quark) to layout the paper, back when it was a hard copy publication!” 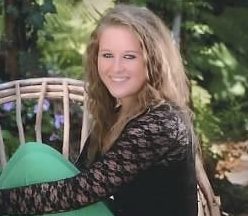 “I knew early on in high school that I loved writing but wasn’t sure how I wanted that to translate into a career.  I loved being an editor with The Beacon and my favorite part of that was seeing it come to life when it went to print.  At Penn State, I took my experience with The Beacon and the yearbook to pursue a major in Public Relations and a certificate in Sports Journalism.  To this day, my writing skills are put to use in my career.”

“My time as an editor on The Beacon staff made me a much more confident writer and communicator.  I loved the freedom to explore topics I cared about, like music and environmentalism, and craft something I felt proud to publish.  I now work in communications and marketing for Arizona State University, and the skills I learned in my high school journalism classes honestly translate to my job today.  You don’t have to be set on a career in journalism to benefit from working on The Beacon–I certainly never was!” 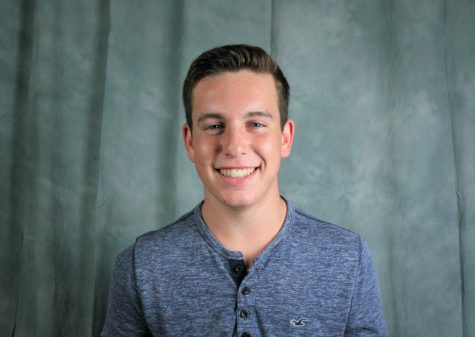 “The Beacon, for me, has been a place where I can not only improve my wtiting abilities for college, but also a way for me to get my voice heard and share my opinions about a wide variety of topics with people who might not normally listen.” 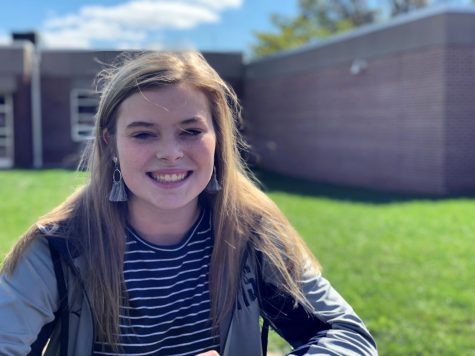 “One of the most exciting things about Beacon is that you are documenting history. By writing for the Beacon, you are leaving your mark on the school as years later people will go back and read articles that YOU wrote.”

If you want a picture to show with your comment, go get a gravatar.